If you didn’t see Huddersfield’s original kit launch for the 2019/20 season, earlier this week, then you missed out. It sparked quite the controversy. No one was debating whether it was good or not though. Everyone who saw the design was in unison – it was horrendous.

The debate was whether it was real or not. With Paddy Power known for their wit and comedic social media accounts, we should all have known really. It turns out that it was all a hoax, and thank the lord it was. If you haven’t seen the kit, check it out below. 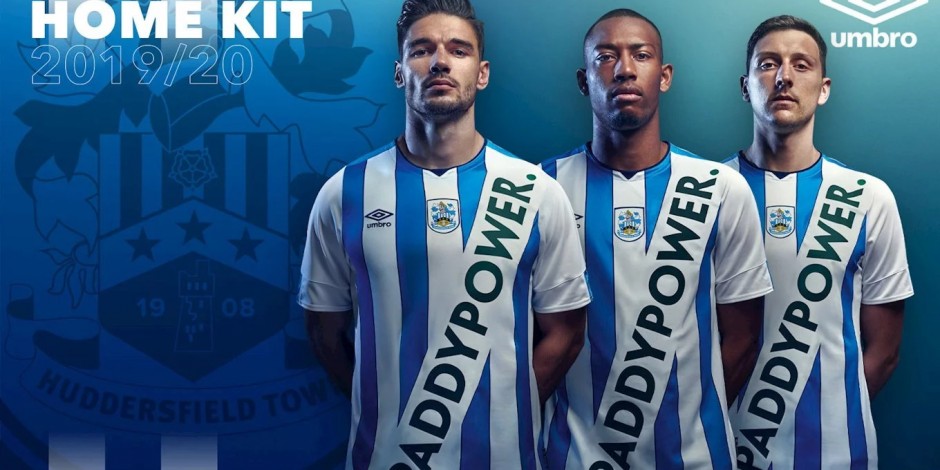 How bad is that?

But that’s the point. It was that bad that it was suddenly at the forefront of everyone’s mind. Twitter went a little crazy and we all started talking about the supposed new kit. And therefore we were talking about Paddy Power.

So why is it genius marketing?

Everyone is talking about Paddy Power

You have to give it to the Paddy Power marketing team. It’s a great stunt that has gotten a lot of recognition, both inside and out of the football world. Thousands tweeted and retweeted, pushing Paddy Power’s brand out to a lot of people. Just what they were hoping for.

Phil Knight, the founder of Nike, lives by the notion that ‘you’re remembered for the rules you break.’ This marketing effort from Paddy Power didn’t break any actual laws, but because it didn’t conform to shirt sponsor placement in such a hideous way, it became immediately noteworthy. It might have broken a few laws of fashion though.

It promotes their own campaign

Paddy Power have introduced #SaveOurShirt. Save Our Shirt is a campaign calling on brands to stop sponsoring football shirts. They believe that sponsors should steer clear of condemning shirts to their advertising.

“Shirt sponsorship in football has gone too far. We accept that there is a role for sponsors around football, but the shirt should be sacred.”

That’s what Paddy Power’s Managing Director, Victor Corcoran had to say. He wants to give back to the fans by not placing the bookmakers logo in the centre of the shirt.

The real Huddersfield shirt will steerhead the campaign and remain a blank canvas, other than the Huddersfield crest and Umbro logo of course. 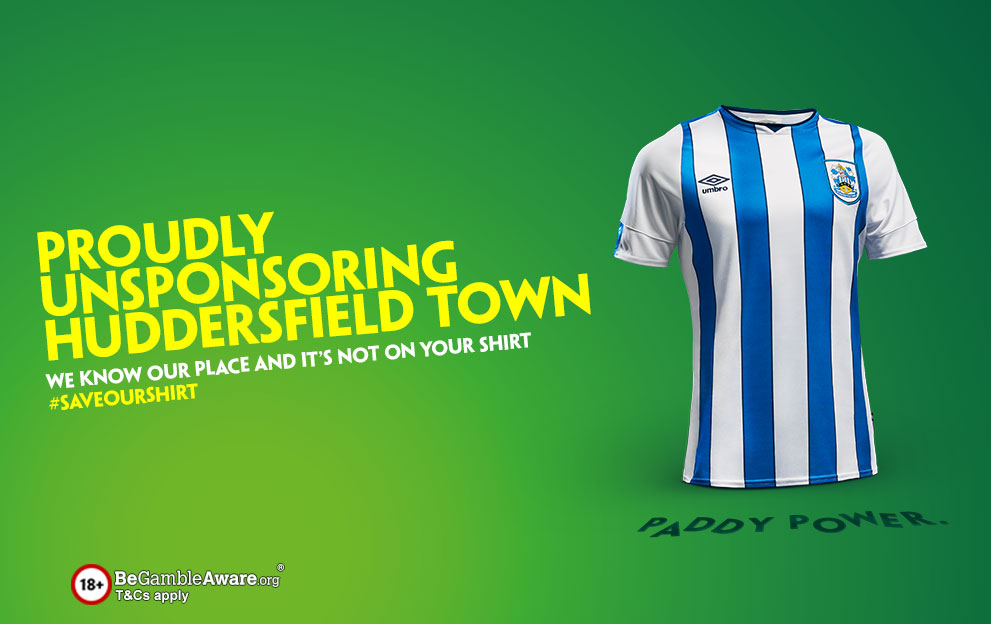 Huddersfield’s new shirt – without a sponsor.

Huddersfield’s jersey will now stand out as it’ll be the only shirt in the Football League without a sponsor. Those that know why will think back to this campaign and Paddy Power. And when those that don’t know why ask, they’ll be directed to the Save Our Shirts campaign. And Paddy Power.

Shirt sponsorship has existed for a long time and it isn’t to everyone’s liking. Obviously not Paddy Power’s. Whether their campaigns catches on remains to be seen but it’s a positive step for those who want a clean-of-sponsors football shirt.

And whether you’re for, neutral or against the movement, there’s no denying Paddy Power’s genius marketing. They’ve gotten huge brand exposure this week and if their #SaveOurShirts campaign takes off, they’ll continue to do so.

Credit to Huddersfield Town also for removing sponsorship from their shirts. This is a big change that clearly shows their forward thinking – the first club to do this for the right reasons.

For more marketing information, send us a message on Facebook.